Chad Kroeger on nostalgia, small towns, criminal records and what the hell was actually on Joey’s head? 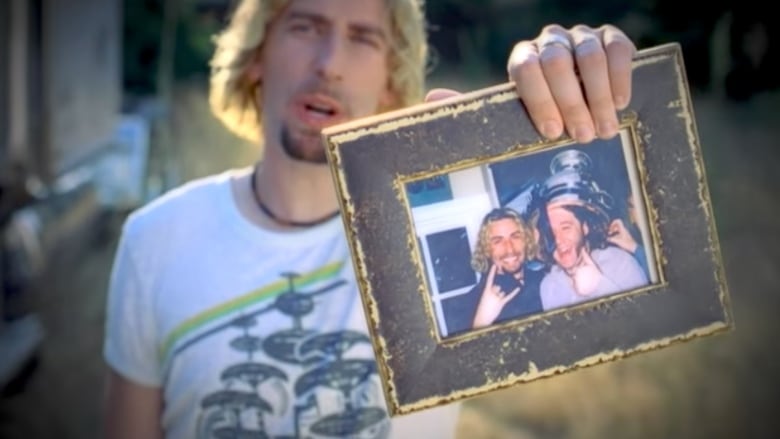 Nickelback recently entered a rarified space very few Canadian acts have ever known. In March, the Hanna, Alta., rock group’s 2005 album, All the Right Reasons, received diamond status in the United States, which means it surpassed 10 million units in sales — a feat only Céline Dion, Shania Twain and Alanis Morrisette have also achieved from this country.

“Everything was just really clicking for us at that time, and those songs were all just really strong songs,” says frontman Chad Kroeger of the album that spawned five top 25 singles and became the first rock album of the 2000s to contain three top 10 hits — none more popular than “Photograph,” Kroeger’s ode to hometown nostalgia that is as popular on classic rock stations as it is on the internet with memes.

And yet, despite that song’s cultural impact, there are still a lot of unanswered questions surrounding it that even Genius, the song annotation site, doesn’t know — “I kinda like that,” says Kroeger. “They’re like, if you don’t know what this song is about, you’re an idiot.”

For example, “What the hell is on Joey’s head?”

We asked Kroeger to break down the songwriting process behind All the Right Reason‘s lead single and one of the biggest songs of his career. But first, the video, shot in Hanna, Alta., and which is still to this day Kroeger’s favourite.

“It’s just nostalgia, growing up in a small town, and you can’t go back to your childhood,” says Kroeger, adding that the song deals with themes that everyone can relate to, a key to its success. “Saying goodbye to friends that you’ve drifted away from, where you grew up, where you went to school, who you hung out with and the dumb stuff you used to do as a kid, the first love — all of those things. Everyone has one or two of those memories that they are fond of, so this song is really just the bridge for all that.”

The first line Kroeger wrote for the song ended up being song’s first line, “Look at this photograph.”

“The photograph I’m holding in the video is the photograph,” he says. “I just didn’t know where I was going with it, just spitting stuff out. Next thing I know, there was a line, ‘What the hell is on Joey’s head?'”

The picture in question features Kroeger and the band’s friend/producer Joey Moi, who appears to have a silver trophy on his head.

“It literally looks like he has the Stanley Cup on his head, and it was just a big, very well-polished champagne chiller, and we were just messed one New Year’s Eve, out of our minds, and someone took that picture.”

There’s also one person who should have been in the picture, but through post-editing was denied his place in history.

“It’s not just Joey and I,” says Kroeger. “Rob Mackie is standing right beside me and someone cropped him out and then gave me the picture, and one to Joey.”

At this point, guitarist Ryan Peake chimes in, singing “Cold-blooded” in a falsetto, which causes Kroeger to answer back in an even higher falsetto, clearly an inside joke related to the time the photo was taken.

“The champagne chiller is falling off Joe’s head and you can see Rob’s hand is in it and he’s holding it on Joe’s head for the picture, so for all those pictures he’s like, ‘Yup, that’s my hand,'” says Kroeger. 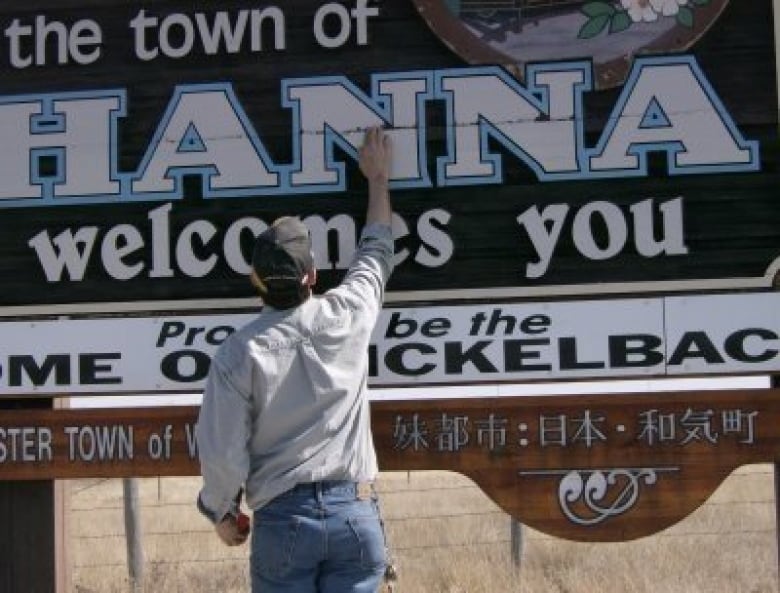 Lyrically, the rest of the song carries on in a very literal sense, including the lines “Criminal record says I broke in twice/ I must have done it half a dozen times.”

The incident in question refers to Kroeger breaking into his high school — it was actually 11 times, but “half a dozen” fit better rhythmically — in order to liberate money from the office safe. He was never worried about admitting to the incident on song because, as he says, “I got charged for it, those are all on my criminal record. I’m not avoiding Alberta waiting for the statute of limitations to run out on any crime I’ve committed. I’ve done my time.”

Even though the song was released in 2005, the theme still weighs on Kroeger, so he revisited it on the band’s ninth album, Feed the Machine, out this week.

“When we went back to shoot the video for ‘Photograph,’ I was very saddened by the way the town was disappearing, it was shrinking, so many places were being torn down, so many of the shops had closed and were for lease,” he says. “But it didn’t matter that some of the landmarks for me were gone, because there were still friends there. On the new song, ‘Everytime We’re Together,’ it’s about when we go over to my buddy’s house and start telling the tales — ‘Remember this? Remember this girl? Remember partying on the lake?’ and those stories. It’s just something a lot of people can identify with. When you just start singing from the heart, it’s amazing how many other people feel like you’re telling their story.”